Royal Challengers Bangalore’s (RCB) Director of Cricket Operations, Mike Hesson, on Saturday said the franchise respects Virat Kohli’s decision to step down as captain during the previous edition of the Indian Premier League (IPL) and thus hadn’t tried to convince him to take up the role again.

“I think it is very clear that Virat, who has been leading the franchise for eight years, has given it his heart and soul plus more. So, when he said he wanted to resign, take a break and enjoy his time as a senior player, we were very respectful of that. The situation hasn’t changed here in terms of him willing to come and win games for RCB, win a cup for RCB,” Hesson said.

RELATED|
Kohli on stepping down as RCB captain: Wanted some space and manage workload

Former South Africa skipper Faf du Plessis was named the Royal Challengers’ new leader amid great pomp and pageantry at the RCB Bar & Cafe on Saturday and Hesson said the decision was taken only after a lengthy consultation with Kohli and former player AB de Villiers. The New Zealander said, “Without a doubt, we spoke to Virat about leadership options. Faf was one he was very excited about. AB has always been a very important player for RCB. So, we leaned on him for his thoughts as well.”

RCB has strengthened its pace-bowling arsenal this time around by retaining Mohammed Siraj and acquiring the services of Josh Hazlewood, Jason Behrendorff, David Willey, Siddharth Kaul and Chama Milind. The side also got back Purple Cap Holder Harshal Patel for a whopping Rs 10.75 crore.

“Willey, then, becomes a key player for us. You combine that with Siraj, who is so good with the new ball and at the backend. Harshal has international experience as well now. From a seam-bowling perspective, you add Siddarth Kaul, an experienced IPL campaigner, CV Milind who is an exciting left-armer and seam-bowling is very well covered,” he added.

Dinesh Karthik, who returns to the squad after seven years, was the captain of the Kolkata Knight Riders in the 2018 and 2019 seasons. He will be part of the key core of the leadership group at RCB as well, confirmed Hesson. “He has played a number of different roles in different franchises, which give him a lot of experience to share. In the ‘keeping point of view, he is one of the best in the business. He has kept against mystery spinners during his time which is a skill he can pass on. He has been the spine of any side he’s been in. He is one of those ‘keepers who is also a good finisher. He has something which I feel you can call ‘sneaky power’,” he said.

Kohli’s failure to convert good starts into big totals was an area of concern in IPL 2021 but Hesson is optimistic. “Unfortunately, Virat set a standard that is very hard to maintain. His ability to convert is second to none. Therefore, when he doesn’t convert over a period of time, we start to worry. I’d like to think he is saving up and when he finally gets there, he will get three to four.”

While de Villiers hung up his boots, veteran leggie Yuzvendra Chahal wasn’t bought back by the franchise. “For Chahal, we have got (Wanindu) Hasaranga, who is one of the world’s best T20 bowlers. Both bowl at a similar time in the innings. The other part of someone like Hasaranga is he will offer a lot more with the bat as well. When we talk about replacing a player in the middle order, we would have to do that with a combination of players – left-handers, right-handers, some players who are very good against spin and some who play pace well,” Hesson said.

“The likes of DK are one of the best players of genuine pace. Then there are the middle overs where you have to be good against spin. Maxwell is good. Lomror’s record against spin bowling is exceptional. Harshal is an untapped talent when it comes to the role of a finisher. We have also got the likes of Shahbaz Ahmad as a genuine all-rounder,” he added. 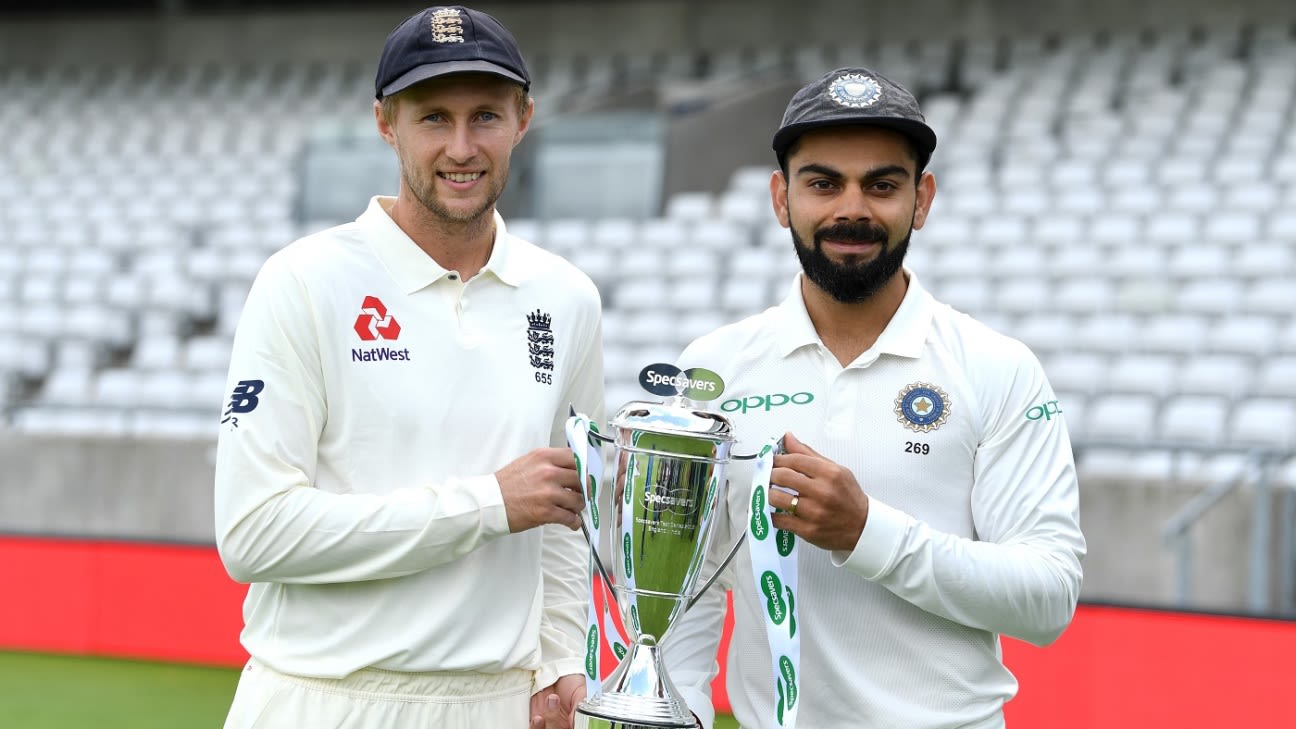 England vs India to kick off the second World Test Championship